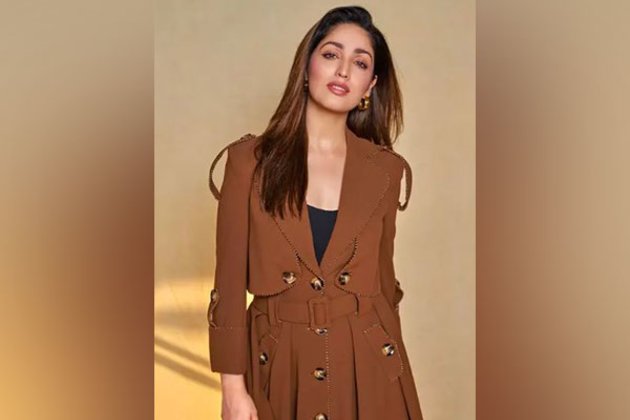 Yami was recently spotted at the Mumbai airport while she was heading to Chicago to attend the premiere of her film. She was seen wearing a full black attire with a black hoodie, black leggings and a black cap with dark shades.

Sharing her delight over the selection of the film for the Chicago South Asian Film Festival, Yami said, "I can't be happier and more proud of the film's selection for the opening night at CSAFF. I feel like it's one that the people will connect to and will be the one that you cannot miss, especially in the current age and time."'Lost' is directed by Aniruddha Roy Chowdhury. It will be screened at Chicago South Asian Film Festival on September 23.

The 33-year-old actress is also working on OMG 2 and two other projects which are yet to be officially announced. (ANI)

WASHINGTON D.C.: The Biden Administration and the Australian government are in discussions regarding the U.S. building the island nation's first ...

OTTAWA, Canada: Canada has appointed Jennifer May as its first female ambassador to China, taking over a role that has ...

WASHINGTON D.C.: In the past three weeks, the latest campaign to offer a second Covid booster shot has seen 4.4 ...

MOSCOW, Russia: Employees at Russian airlines and airports have begun receiving army draft orders, as reported this week by the ...

School children gunned down by ex-student at school in Russia

MOSCOW, Russia - At least fifteen people, including 11 pupils, have been killed in a mass shooting at a school ...

LUCKNOW, India: Thirty-six people, including 12 struck by lightning, have been killed in northern India over the past 24 hours, ...

Chicago interim manager Miguel Cairo tore into the White Sox's effort after they finished an 0-6 homestand with a lackluster ...

The Milwaukee Brewers will turn to right-hander Brandon Woodruff as they continue their wild-card chase while closing out a two-game ...

Bucking his own personal history, Aaron Nola has enjoyed September success this season, helping the Philadelphia Phillies remain in position ...

Mets feel heat ahead of finale vs. Marlins

With eight days left in the season, the New York Mets are bound for the playoffs and in a tie ...

Miles Mikolas allowed one run over six innings and Andrew Knizner had a two-run homer as the visiting St. Louis ...

News of the World