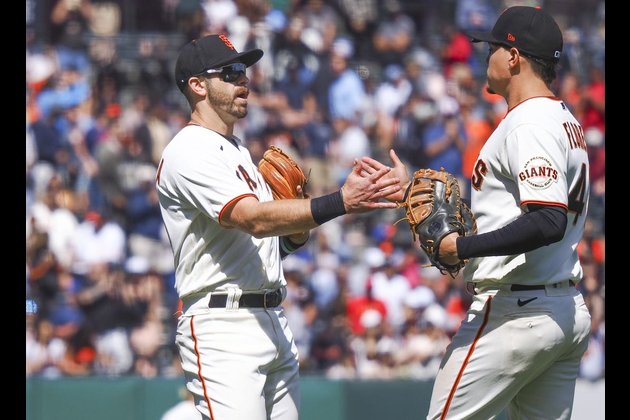 Evan Longoria's first two homers of the season provided the bookends in a nine-run outburst over the first two innings Wednesday afternoon by the San Francisco Giants, who remained red hot in a 9-3 rout over the visiting New York Mets.

The Giants won the final two games of the three-game series.They snapped a five-game losing streak Tuesday by earning a roller-coaster 13-12 win in which they blew a six-run lead and overcame deficits in the eighth and ninth innings.

The series loss was just the second of the season for the Mets, whose team-record streak of 14 consecutive wins following a loss ended. It was tied for the third-longest such streak in major league history.

Longoria, who didn't debut until May 11 while recovering from surgery on his right index finger, hit a three-run homer with one out in the first against Thomas Szapucki (0-1), who was making his first major league start. Joc Pederson, who had a career-high three homers and eight RBIs on Tuesday, hit a two-run homer two batters later.

The Yankees won for the 13th time in 19 games during a stretch of playing 23 games in 22 days and did so after putting Giancarlo Stanton (right ankle inflammation) and Jonathan Loaisiga (right shoulder inflammation) on the injured list shortly before the game.

Suwinski also scored twice, walked and stole a base while VanMeter went 2-for-4. Ben Gamel added a pair of RBI singles and Cal Mitchell had an RBI double for the Pirates, who took two of three in the series.

C.J. Cron hit a solo homer, Randal Grichuk added a two-run double and an RBI single, and Brian Serven had an RBI single for the Rockies. Colorado starter Ryan Feltner allowed two runs and three hits in five innings, with seven strikeouts in a no-decision.

Jeimer Candelario hit a two-run homer with one out in the 10th as Detroit ended host Minnesota's' six-game winning streak.

Candelario's fourth homer of the season came on the first pitch he saw from Trevor Megill (0-1). Harold Castro hit two solo home runs for the Tigers.

The Twins loaded the bases with none out in the bottom of the 10th against Michael Fulmer. Carlos Correa then struck out before Andrew Chafin replaced Fulmer. Chafin earned his first save by striking out Max Kepler and inducing Gary Sanchez to foul out. Trevor Larnach hit a two-run homer for Minnesota in the fourth.

Erick Fedde scattered four hits over six innings and Cesar Hernandez had a run-scoring single as Washington avoided being swept by visiting Los Angeles with a win.

Fedde (3-3) had six strikeouts and a walk to lead Washington to just its third win in its past 10 games. The Nats ended a nine-game losing streak to the Dodgers.

The Dodgers, who were blanked for the first time this season, lost for just the second time in their past 11 contests after winning the first two games of the series by a combined score of 19-5.

Cristian Javier matched a career high with nine strikeouts as Houston capped a 5-2 homestand with a victory over Cleveland.

Javier (3-2) fired 5 2/3 scoreless innings, allowing three hits and one walk and leading the Astros to victory in the rubber match of a three-game series.

Milwaukee pushed across two runs against Yu Darvish in the top of the seventh to defeat host San Diego in the rubber match of a three-game series.

Darvish (4-2) was working on a one-hit shutout when he walked Luis Urias to open the seventh. After Christian Yelich flew out to center, Andrew McCutchen singled and Rowdy Tellez followed with an opposite-field double to left that scored Urias to tie the game. Tyrone Taylor then hit a sacrifice fly to the warning track, easily scoring McCutchen to break the tie.

It was the sixth RBI of the series for Taylor, who has 18 RBIs all season. Darvish allowed the two runs on three hits and two walks, with seven strikeouts in 6 2/3 innings.

Seth Brown and Elvis Andrus homered for the A's. Blackburn (5-0) lowered his ERA to 1.70, walking five and striking out two. Dany Jimenez pitched a 1-2-3 ninth to earn his 10th save of the season.

Mariners left-hander Robbie Ray (4-5) took the loss. Ray gave up three runs on seven hits in six innings. He walked one and matched a season-high with 10 strikeouts.

Joey Votto homered, tripled and drove in three runs as Cincinnati edged visiting Chicago in the third game of a four-game series. Votto continued his mastery of Cubs starter Kyle Hendricks (2-5). The Chicago right-hander has now allowed five homers to Votto, the most he's yielded to any major league hitter.

Reds center fielder Nick Senzel made a pair of outstanding plays in the field, including a leaping grab of a line drive off the bat of pinch hitter Willson Contreras with two runners on in the ninth to preserve the lead.

Hendricks was pulled after four innings. He gave up four runs on five hits with one walk and one strikeout.

Wander Franco went 2-for-4 with two doubles and an RBI for the Rays, who scratched out just six hits but recorded their 17th win in the past 19 games against Miami in the Citrus Series. Rays starter Drew Rasmussen (5-1) allowed three runs and six hits in five innings. He fanned seven and walked two.

Jorge Soler belted a solo homer, Jacob Stallings had a double that drove in two runs and Brian Anderson was 2-for-2 with two walks for the Marlins.

Garver and Calhoun both have been hot lately -- Garver has homered in three consecutive games and Calhoun has six long balls in his past 10 games. Calhoun also singled, doubled, scored three runs and drove in two.

Angeles starter Reid Detmers (2-2) exited after allowing a leadoff single to Calhoun in the seventh. Detmers yielded five runs on five hits and a walk with three strikeouts.

Chicago stopped Boston's season-high six-game winning streak behind a resilient attack and a sharp outing from Giolito, who spaced five hits, four walks and seven strikeouts to earn his third victory in four May starts.

Rich Hill fell to 1-2 after yielding three runs, two earned, and two hits in five innings with one walk and one strikeout for Boston.

Dansby Swanson had the third four-hit game of his career, including a home run, and Atlanta outslugged visiting Philadelphia.

Swanson went 4-for-5 and extended his hitting streak to eight games. He scored two runs and drove in two. He is 9-for-13 (.692) in the first three games of the four-game series and is 14-for-32 (.438) with two homers, four runs and seven RBIs during his hitting streak.

LONDON, England: UK Prime Minister Boris Johnson said this week that in order to move millions of tonnes of grain ...

MALDIVES, Male: Police used tear gas and pepper spray this week to control a crowd who disrupted a yoga event ...

WASHINGTON D.C.: Bipartisan legislation aimed at lowering U.S. insulin costs will be put to a vote on the Senate floor ... 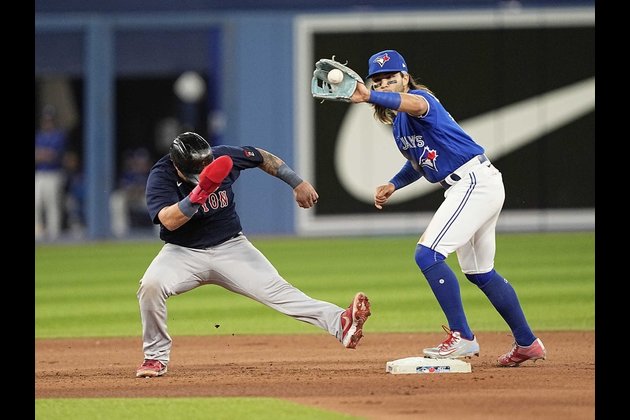 The Toronto Blue Jays ended the visiting Boston Red Sox's seven-game winning streak on Monday and will try to build ... 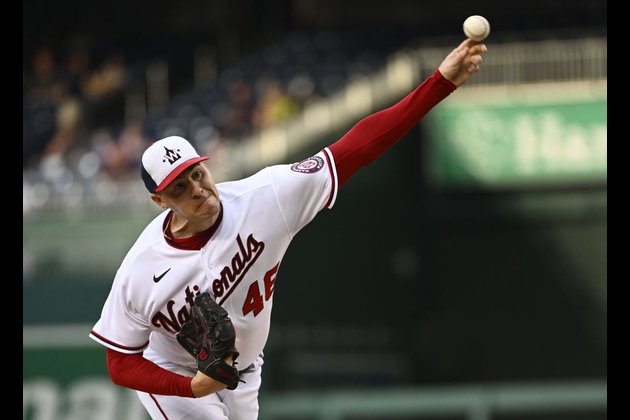 The latest chapter in the saga of Patrick Corbin will play out Tuesday night when the visiting Pittsburgh Pirates meet ... 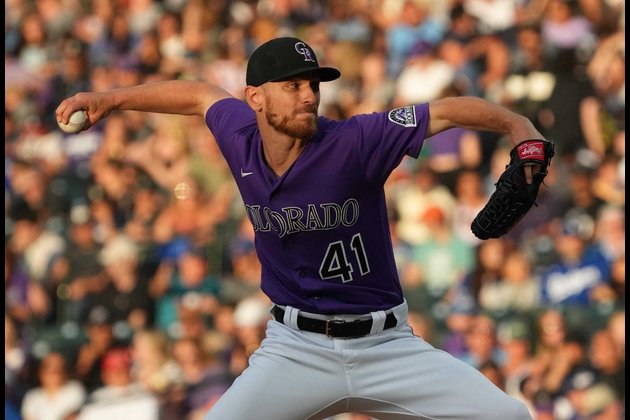 Chad Kuhl pitched the first shutout and first complete game of his career, scattering three hits as the Colorado Rockies ... 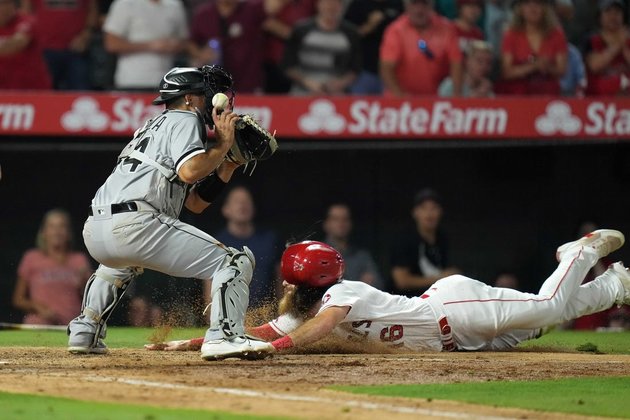 Taylor Ward's two-run double in the seventh inning and a strong performance on the mound by Noah Syndergaard keyed the ... 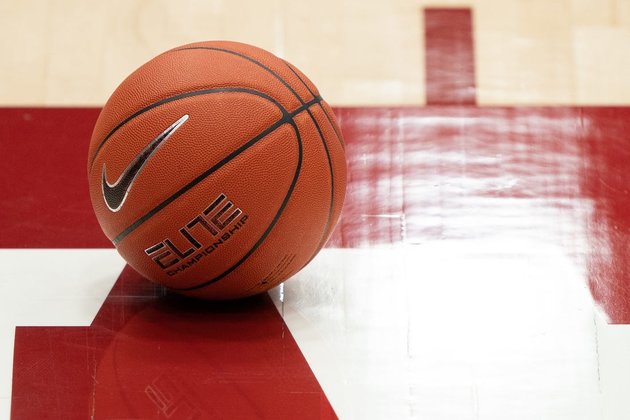 Illinois received a commitment from French forward Zacharie Perrin on Monday, with ESPN reporting that he committed to the Fighting ...

War for the Planet of the Apes