INDIANAPOLIS, IN / ACCESSWIRE / July 28, 2021 / Noble Roman's, Inc. (OTCQB:NROM), the Indianapolis based franchisor and operator of Noble Roman's Pizza and Noble Roman's Craft Pizza & Pub announced today that it has entered into a lease agreement for a ninth company-operated Craft Pizza & Pub restaurant, its flagship pizzeria concept. The newest location will be in Franklin, Indiana, an area south of Indianapolis on the highly trafficked U.S. 31. The location is projected to open during the first half of the fourth quarter, 2021.

Franklin, IN is a well-established, tight-knit community with its own extensive employment base in addition to serving as a southern bedroom community for the Indianapolis metro area. With solid residential demographics, Franklin also has substantial retail and light-industrial development as well as a smaller, private college of approximately 1,000 students. According to Scott Mobley, President and CEO of Noble Roman's, 'Our ninth Craft Pizza & Pub restaurant will be situated in an ideal spot to serve the entire Franklin community and surrounding areas. Franklin is very acquainted with Noble Roman's, which enjoys strong brand awareness in the area. We are excited to become a part of the community, and we are looking forward to opening the doors in Franklin soon!'

According to Mobley, the Franklin location will occupy about 3,600 square feet, much like the smaller footprint of the most recent openings. This location will also maintain all the previous features of Craft Pizza & Pub, including built-in adaptability for a variety of service systems based on the current operating environment. Like other recent locations, it will also be designed to increase speed of production and to increase the efficiency of the company's novel 'Pizza Valet' curbside carry-out service. It is anticipated that the Franklin location will open a few weeks after the company's eighth location, which is under development now on the north side of Indianapolis.

The statements contained above in this press release concerning the Company's future revenues, profitability, financial resources, market demand and product development are forward-looking statements (as such term is defined in the Private Securities Litigation Reform Act of 1995) relating to the Company that are based on the beliefs of the management of the Company, as well as assumptions and estimates made by and information currently available to the Company's management. The Company's actual results in the future may differ materially from those indicated by the forward-looking statements due to risks and uncertainties that exist in the Company's operations and business environment, including, but not limited to the effects of the COVID-19 pandemic, competitive factors and pricing pressures, non-renewal of franchise agreements, shifts in market demand, the success of new franchise programs, including the Noble Roman's Craft Pizza & Pub format, the Company's ability to successfully operate an increased number of Company-owned restaurants, general economic conditions, changes in demand for the Company's products or franchises, the Company's ability to service its loans, the impact of franchise regulation, the success or failure of individual franchisees and changes in prices or supplies of food ingredients and labor and dependent on continued involvement of current management. Should one or more of these risks or uncertainties materialize, or should underlying assumptions or estimates prove incorrect, actual results may vary materially from those described herein as anticipated, believed, estimated, expected or intended. 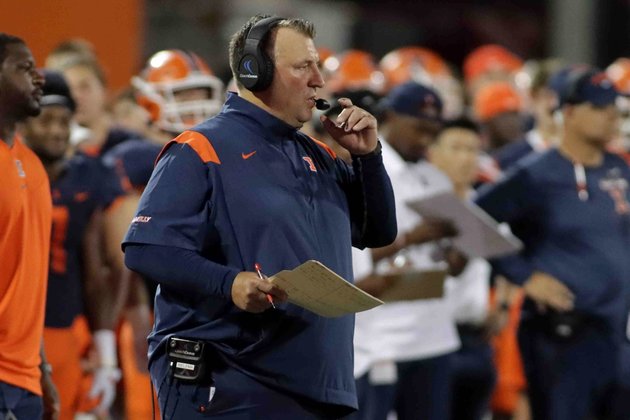 All the euphoria from a season-opening win under a new coach seems to be a distant memory right now for ...

The Los Angeles Rams will be without Justin Hollins for an undetermined period as the outside linebacker will undergo surgery ...