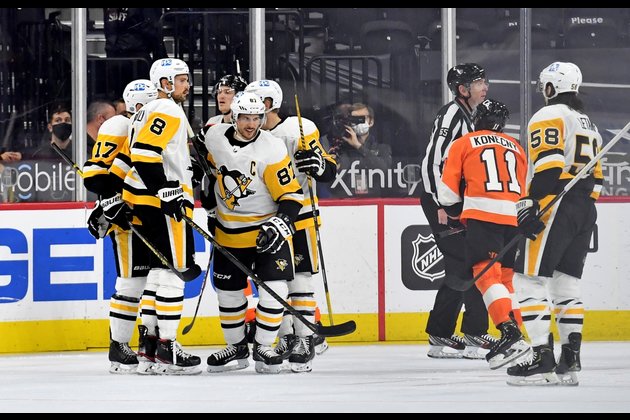 Sidney Crosby registered two goals and an assist as the visiting Pittsburgh Penguins beat the Philadelphia Flyers 7-3 on Tuesday to claim sole possession of first place in the East Division.

Jake Guentzel had a goal and two assists for the Penguins, who are 7-2-0 in their past nine games. Pittsburgh's Marcus Pettersson added a goal and an assist, while Jason Zucker, Mark Friedman and John Marino also scored. Tristan Jarry made 30 saves.

The Penguins are two points ahead of the Capitals, who were idle Tuesday, but Washington has two games in hand.

Justin Braun, Sean Couturier and Travis Konecny scored for Philadelphia, which lost for the fourth time in five games. Brian Elliott stopped 24 shots in the defeat.

Teuvo Teravainen and Martin Necas also had goals for the Hurricanes. Svechnikov and Teravainen had an assist apiece, and Sebastian Aho and Vincent Trocheck posted two assists each for Carolina, which has won five games in a row. Petr Mrazek, in his first game since April 19, made 27 saves for the win.

Anders Bjork scored twice in regulation as well as the lone goal of the shootout, and Michael Houser stopped 45 shots as Buffalo rallied for a home win over New York.

Houser has opened his NHL career with two wins over the Islanders in two nights.

With Buffalo trailing 3-2, Bjork beat Islanders rookie goalie Ilya Sorokin (28 saves) on his short side, under the glove with 9:04 left in regulation to level the contest. It was the first multi-goal game of the season for Bjork, who beat Sorokin up high in the shootout.

Pavel Zacha scored his second goal of the game with 2:18 left in overtime as New Jersey won its home finale by coming back from a pair of one-goal deficits to beat Boston in Newark, N.J.

Zacha shuffled the puck as he bore in on the crease before flicking a backhand over Jaroslav Halak's glove shoulder to give the Devils their fourth win in five games. Jesper Boqvist and Yegor Sharangovich had goals for New Jersey while Damon Severson and Jack Hughes had two assists apiece. Mackenzie Blackwood logged 33 saves for the victory.

Patrice Bergeron, Taylor Hall and Sean Kuraly scored for the Bruins, who had a four-game winning streak snapped. Matt Grzelcyk and David Pastrnak each had two assists, and Halak finished with 17 saves. 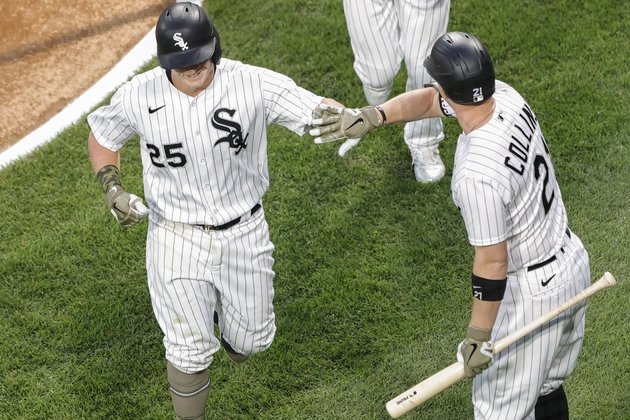 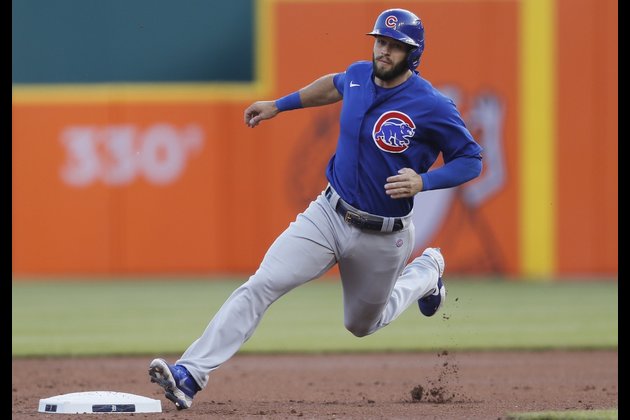