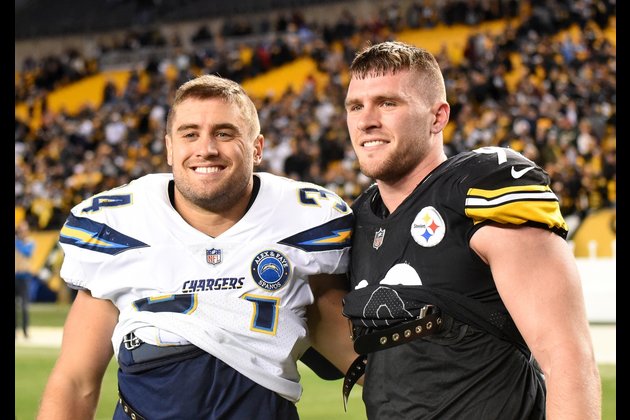 Walker, 25, agreed to a one-year deal, according to his agent J.R. Rickert. He registered 4.5 sacks for the New York Guardians during the truncated 2020 XFL season, adding 19 tackles and nine quarterback hits in five games.

Walker was undrafted out of Maryland in 2018 and spent time with the Chicago Bears and Kansas City Chiefs, but has not played in an NFL regular season game.

Watt, 27, officially signed a three-year contract and will be reunited with his younger brother, All-Pro linebacker T.J. Watt.

Originally a sixth-round pick by San Diego in 2016, Watt played in all 64 games with the Chargers with 13 starts over the last four seasons.

He has rushed 19 times for 49 yards and one touchdown and added 10 receptions for 152 yards.

Derek and T.J., whose older brother J.J. Watt stars for the Houston Texans, previously played together in high school and at Wisconsin.