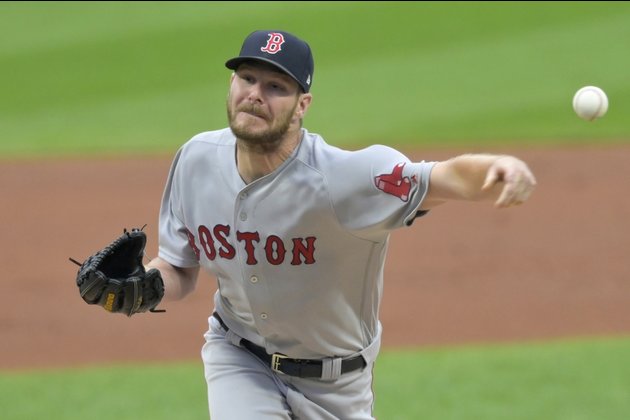 Boston Red Sox left-hander Chris Sale provided an encouraging update on the status of his pitching elbow on Sunday.

"I think I (threw) off the mound probably six or seven times this offseason," said Sale, who missed the final six weeks of the 2019 season due to the injury.

"My body is feeling good. Started flipping some breaking balls and getting after it a little bit. I'm doing normal stuff that I was before and it felt good. We'll just keep building from that."

The Red Sox likely are in need of some uplifting news after trading away star outfielder Mookie Betts and veteran pitcher David Price to the Los Angeles Dodgers last week.

A return to health -- and dominance -- for the 30-year-old Sale would be one way to bring about positive vibes in Boston.

"I feel good. I feel confident that when this (season) starts, I'm going to be ready for it, and I'll be back to doing what's expected of me," Sale said. "I have a certain expectation level when I step on the mound, and I'm going to get back to that."

The seven-time All-Star was also asked for his thoughts on baseball's hot-button topic, the sign-stealing scandal surrounding the 2017 Houston Astros as well as the pending investigation around the 2018 Red Sox.

"I'm a firm believer in not really dwelling on things in the past," Sale said. "I think that moving forward, this has no effect on us. It's obviously a tough situation and put the sport in a bad light. Obviously it was the wrong thing to do. But nothing I'm going to do or say today is going to help me win a World Series. It's kind of where I'm at with it."